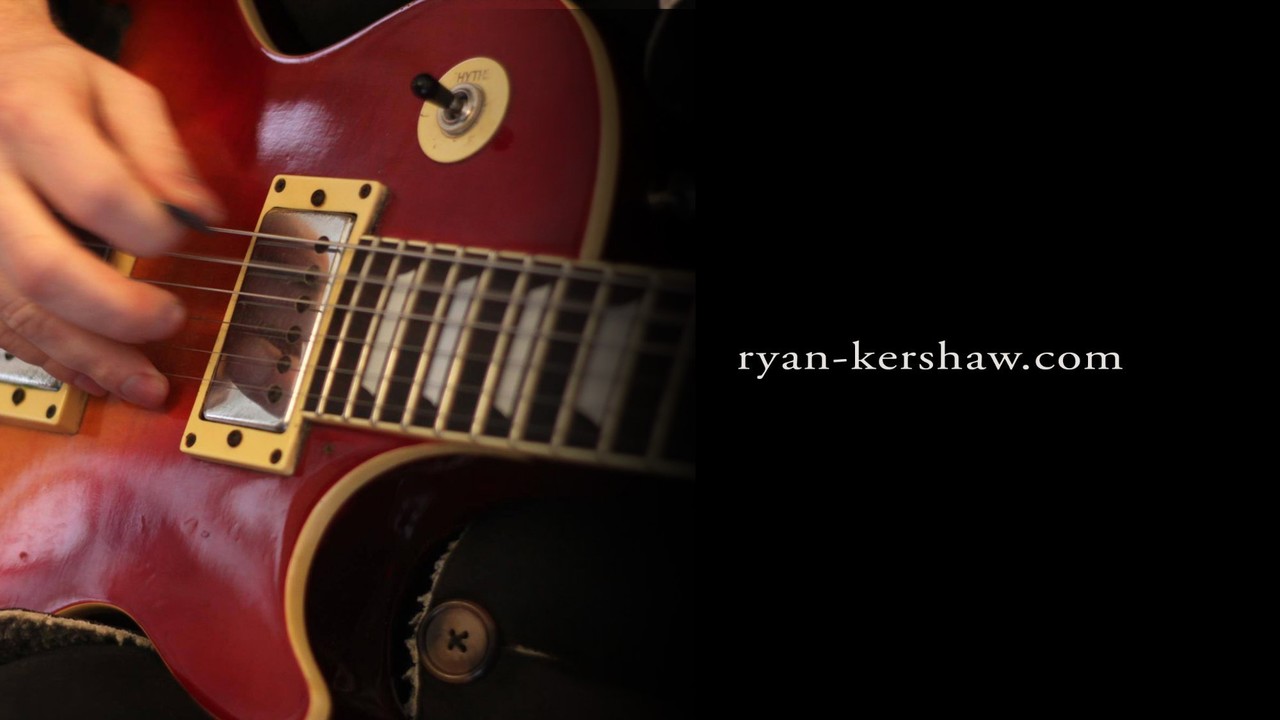 Without initial engagement from students towards their learning, wisdom told from teacher to class can fall on deaf ears. Ignorance is not always bliss and it can be very frustrating for a teacher to see the potential in kids going to waste because of a poor attitude or lack of initial interest. However, although your amazing glockenspiel module should have been a hit (not bagging Glockenspiel… Ruth Underwood anyone!?) – let’s look first at why what you are saying might not be resonating with the aspiring musicians of the Breakfast Club, and then at some ideas to get the students focus back on learning:

Challenge: A lack of interest

Without getting deep into the psychological reasons for a students performance at school, a simple explanation for students not taking interest in what you are saying is that you are trying to show them with examples which they can’t relate to. It’s a funny thing that happens, and you’ll see it all of the time in music lessons: You could play the most technically brilliant, heartfelt motif in the history of recorded music… but play the simple 4 chord pop riff and it’s the riff that blows their mind! Now here’s the thing – that doesn’t mean that the student will never appreciate the heartfelt motif and what goes with it, it just provides a clue as to where you can start, in order to take them on a journey of learning and appreciating music in many forms.

Try this: Use Students’ Taste To Engage Learning

To continue, making a student who loves Hip Hop play a glockenspiel is not going to work. There might be an exception here or there with open-minded students, but generally and especially in group situations where dynamics can change, this will not work. However… put the glockenspiel through a mic, and add a reverb pedal while they play it over the beats of a song they love, and it could engage their interest and spark a bit of their creativity too! The powers that be at your school might enforce certain modules or criteria which test your patience, but there are always ways to keep creativity alive in the classroom and create interest in learning.

Once you use their tastes as above to get that initial interest, you can then use that to introduce the theory or aspect of music that you are trying to put across.

Challenge: A lack of understanding

A lack of understanding can come across as a ‘being smart’ or ‘difficult’ attitude from the student, though it is just as easy for a teacher to demonstrate a lack of appreciation towards their students’ likes and dislikes.

Try this: If you are having trouble relating to a students’ genre of choice, there is something that you can do to help the situation: research the signature elements of the genre

Here are 3 starting points when delving into the signature elements of a genre or style of playing:

Often certain chord types will be prevalent in a style of music. For example in Blues playing, Dominant 7ths chord are used a lot, whereas in rock guitar, the 5th or power chord is very common. For a brief summary, you can read my article on Signature Chords

Feeling the typical rhythms and beats of genre is one of the primary reasons different people are drawn to various styles. Over the years I would often show my students an example of the effect of rhythm, by playing a few notes ‘perfectly’ with no rhythm, and then playing messy notes, but with a strong rhythm. Most often they would prefer the rhythmic example. I would then show them a blocked string rhythm on the guitar and ask them to name the style of music that related to it. For example, a reggae style can almost be heard without set notes, by playing a syncopated 8th note pattern on the guitar. If you play a blocked string pattern using constant 16th notes, you just wait for the way to come in and for things to get funky!

For students who aren’t engaging in your lessons, showing them some basic rhythms of a style they like, and how to use those rhythms in that style, might just open them up to more of what you have to teach. Just remember that teaching a latin rhythm when your student likes death metal might work great for open minded students, but to start stick with the obvious.

Signature Instruments of the Preferred Genre

A brilliant guitar riff with a tone using ‘distortion’ is a sure fire way to get a rock fans attention. A triangle or oboe – not so much. Of course there are exceptions, many rock fans including myself love to hear instruments outside of the norm used on creative recordings, though the point here is to start with what generally works. Again, if you are trying to engage the attention of students who love hip hop (as an example), then you can try a cool drum machine setting, or old school Grandmaster flash or Cyprus Hill turntable/synth effect first. Or you might listen to the latest underground Hip Hop and find a common instrument that stands out in the hook of a few of the songs.

Once you use their tastes to get that initial interest, you can then use that to introduce the theory or aspect of music that you are trying to put across

A challenge that has been a constant for as long as any of us have been alive, is the ignorance between student and teacher, or teacher and student, because of a difference in age. As with most things, this insecurity can actually be a chance for both parties to learn and grow. Before we go on, read my article When I’m 64 – Why Age Doesn’t Matter below:

Try This: An effective way to combat this ‘age old’ problem is to trace the lineage of your students favourite artists, in order to encourage growth of your students music appreciation. See further reading on Encouraging Music Appreciation In the Classroom.

Challenge: A Lack of Respect

Sometimes you are just not going to get on with a student or even a students guardian. This is perhaps not the ‘politically correct’ thing to say but it’s the way it is, even for the greatest teachers. That being said, a lack of respect can go both ways; though to diminish the chance of this happening – show respect first, even to those students that test your patience. Once you start making a mental checklist of the negative traits of a student it can be hard to see the good in that person, so start to note the positive things.

Try this: Next time you see the student or group of students integrating well with others, take each student aside individually and praise them sincerely for a job well done. Be open about the good in them, and don’t over do it – but let them know through honest communication that you respect the effort. If you can get the leader of a pack trying their best, the attitude towards learning can spread to the others in the group. Most troublemakers want to feel useful and wanted, and they like tasks that challenge them a little whilst allowing them to be creative. Yes, I realise this is not always the case, but if you can step back from your emotional bias regarding a person it can offer you a chance to grow in your teaching and might even see you come up with activities that you can use in the future with other students.

Successful drama classes in High Schools are often where you will see groups of students who normally wouldn’t play well together interacting without trouble and even enjoying each others company. This is because of the group exercises where everyone is involved and communication is freed up as a result. Group dynamics can make or break a class so don’t be shy of including some group bonding exercises to your classroom. Learning is synergistic.

Understanding/Appreciating Music is Not Always Linear

Not everyone learns the parts of the instrument and the stave, then positions and simple chords etc. Musicians learn different things at different times, sometimes learning things later which you’d expect them to know earlier on and visa versa.

Remember this for your class – lessons act as seeds and sometimes a seed taken from an outside field will grow into the biggest plant!

If you need to start with power chords to help an rock guitarist understand the intervals, then do so. If you need to use an example of a rap music sample to get a young MC enthusiastic about learning the notes in music, or degrees of a scale, then do so. Learning is not linear and it will take revision and starting at some places that ‘don’t look like beginnings’ to really piece the jigsaw together.

Teaching music is not about forcing your taste on other people. Chances are if you can unlock that desire to learn in students, they could see now or later, the beauty which you see in the music that you love anyway.

Mans ability to stick to things that don’t work for the sake of tradition is amazing. Whilst it saddens me to see and hear from so many frustrated music teachers internationally, who feel stuck in a system which puts tradition and celebrity over quality of tuition, there are things we can all do to install a little creativity in the classroom and keep students engaged.

LISTEN. Listen to what your students are saying. Listen to new music if only to have an awareness of new movements, ideas and sounds. Listening is one of the most important things we do as musicians – in improvisation, songwriting and playing in groups. It is also an invaluable skill in teaching. Don’t be afraid to listen to constructive criticism and keep an ear out for that new idea or perspective. As well as keeping your students engaged, it might just keep you inspired too.

Ryan Kershaw is an award-winning recording artist and music educator.

During his years of teaching privately, 100% of his students undertaking high school and University exams passed with Excellence, and many have gone on to record, tour and become music teachers themselves.